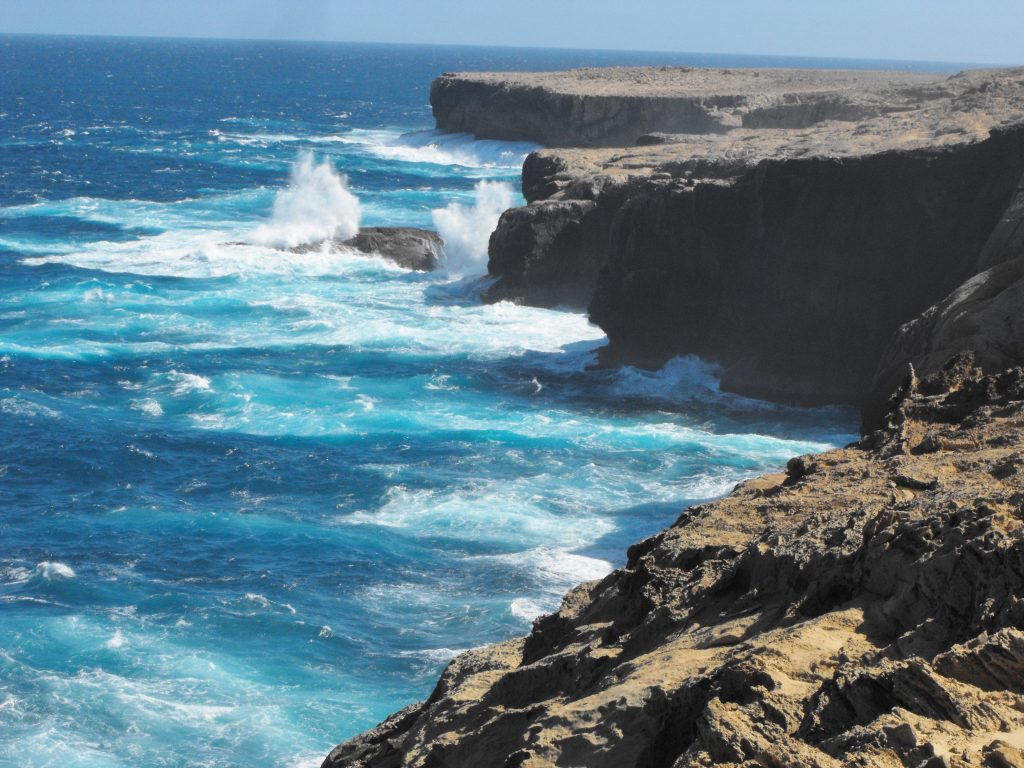 Steep Point W.A., the western most point of the Australian mainland.

In 1859, Charles Darwin published “On The Origin of Species”, a work which, although not focussing solely upon human evolution, provided a credible alternative theory to that proposed by the creationists. Some more fervent and conservative religious proponents decried Darwin’s theory while the more pragmatic chose to view his ideas as evidence of God’s great interventions.

The debate begun in the middle of the nineteenth century continues to this day. In 1925 a teacher, John Scopes, was convicted for teaching Darwin’s theory contrary to the law of the State of Tennessee in the United States, a country in which religious groups still hold enormous political power.

In 2017, in a politically engineered move, high school students in Turkey discovered that they would no longer be given the opportunity to study Darwin’s work. It appears that Turkish high school students are incapable of understanding the theory, which is seen to be too confusing. The fact that the Turkish government may be heavily influenced by Islamists could also be a factor.

Although some of today’s more pragmatic followers of religion have accommodated the generally held view that the theory of evolution is sound, resulting in a sometimes uncomfortable co-existence, there exist fundamentalists who, literally, kill to support their beliefs.

It is almost certain that, since Man first walked upright, conflicts between societies small and large have raged.

Initially these conflicts may have been generated by one group’s need to have expanded territory in which to hunt, or access to more females for the purpose of procreation, or simply to increase its power in order to live more securely.

As societies became more sophisticated, the need to convert others to their beliefs may have influenced groups of people to invade others, but it was perhaps the growth of conscience which meant that it was more difficult to justify a war based upon greed, so, as a convenient substitute, religious expansion became an excuse.

As societies became more sophisticated, so too did the means of waging war. The growth in technology applied to weapons development meant that men could kill and maim countless numbers of other men, women and children with remarkable ease, and inventions such as Morse’s development of the telegraph in the 1840’s, shrank the world and news of the progress of battles could be communicated rapidly across the globe.

During the years 1914-1918, World War One wrought, at that time, unparalleled carnage, reports of which could be read and viewed around the world. Whilst believers fell back upon their religions to fortify them through these experiences, sceptics had no illusions about the existence of a god who could countenance such brutality.

Since the end of the “war to end all wars” there has been, and there continues to be, a multitude of wars fought across the globe, but the use of religious differences as an excuse has become much more transparent. If we look behind the sectarian violence which has plagued Northern Ireland we will likely find a mixture of motives, including rejection of England’s historic political domination, and just plain thuggery, disguised as a fight for religious freedom.

The Bosnian genocide, featuring the 1995 slaughter of more than 8 000 Bosnian Muslims around the town of Srebrenica, was perhaps more attributable to ethnic rather than religious differences. Currently, major conflicts and instances of global terrorism tend to be identified as Muslim-perpetrated, with fundamentalist extremists defending and seeking to extend the influence of Islam. The truth may well be that these violent people are more deranged hoodlums than religious zealots, and that these acts are designed to instil fear and gain power rather than protect their religion.

The advent of global scrutiny via different forms of media has meant that the warmongers have become less able to conceal their true motives.

With increased global knowledge of each atrocity we humans commit upon each other, scepticism about religion has grown. We now know how and why we kill each other, and most of us will admit that it has little or nothing to do with religion. Many who once believed implicitly in the existence of a god with the power to create a better world, have either lost their faith entirely or put the argument into the too hard basket and now choose not to think about it. 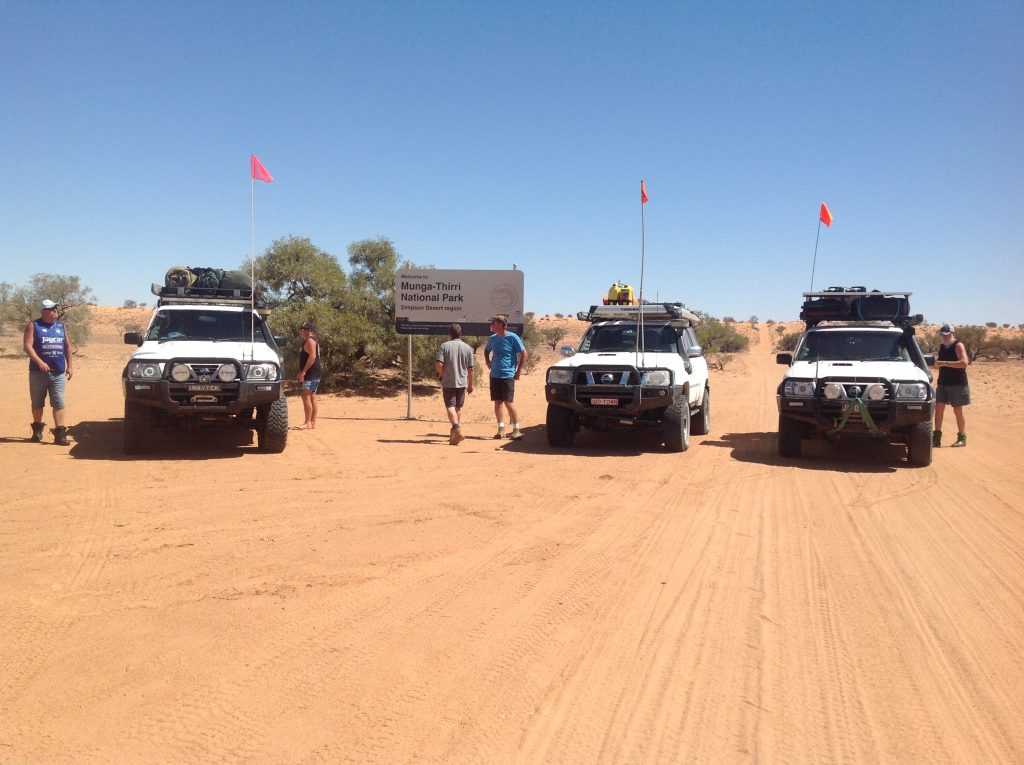 It may also be true that the changing role of women in society has become a factor in the growth of scepticism.

For centuries most aspects of societal organisation have been the exclusive province of men. Dominance of politics, commerce and religion gave men an almost unassailable control of life, a power which they were extremely reluctant to relinquish. However, social change, the work of Emmeline Pankhurst and her suffragettes, and the onset of World War One, saw a critical shift which brought about the beginnings of the reduction in the power of men to rule the world.

In New Zealand, in 1893, women were given the right to vote. In 1902 Australia became the first country in the world to give women the right to vote in federal elections and to be elected to national parliament. Both “colonies” were well ahead of “the mother country” where it still took until 1928 before full voting rights were extended to women.

During this era, all aspects of social life became more open to scrutiny and criticism by women, and religion, once a bastion of power for men, having been more closely examined by more people, may have been found to be more focussed upon the gaining and control of power, and less upon spirituality.

The concept of religion as a power base, rather than as an agency for the benefit of mankind, bears further investigation.

The strength of the link between religion and politics cannot be overstated and the further links to monarchies are readily apparent. A monarchy may be seen to be, in essence, a political organisation, the difference between a monarchical regime and its political counterpart being the difference between the assumption of the “right to power” by birth, and the gaining of power by “democratic process”.

I doubt that there have been too many monarchies during our history which have existed without very strong ties to religions. The fact that a ruling monarch could virtually decide the religion which his/her subjects should follow, would seem to indicate the interdependence of the two powers.

The link between politicians and religious denominations might have been based upon more pragmatic considerations. If a politician were seen to hold views which were supported by a particular religion, the followers of that religion would be more likely to vote for him/her, regardless of the nature of the full raft of his/her political policies. It is known that factions along religious lines have been a feature of Australian politics for many years.

There is a perception in Australia than too many of our politicians are members of a “boys’ club”, entry to which is gained by being a graduate of a private school which has been established by a major religion. For centuries the principal purveyors of religion have also belonged to a “boys’ club” with religious bureaucracies dominated by men and, until relatively recently, excluding women totally.

The fact that there are now increasing numbers of women elected to office or gaining ordination does little to change this view.

Growing cynicism among the electorate with regard to politicians as a “breed”, largely brought about by the “rank has its privileges” mantra espoused by many of them, and revealed through the press, and increasingly discussed on social media, has been matched by further disillusionment with the immoral actions of some practising clergy.

The fact that Cardinal George Pell has had to return to Australia to answer questions relating to child sexual assault by Catholic priests and others, and the investigations into similar crimes allegedly committed by ministers and bureaucrats of other denominations, indicate that “The Church” is suffering seriously from a fall from grace.

Perhaps it is significant that, in Australia, politicians now tend not to make their religious beliefs public during election campaigns – unless there is serious political mileage to be made.

Despite claims that they seek to benefit mankind, ultimately it is the need to attain and retain power, which is the principal motivation for the establishment of monarchies, political organisations and religions.

When humanity was ignorant and illiterate it could be given the “mushroom treatment” – kept in the dark and fed on bullshit – but humanity is now better educated and better informed that it has ever been, and advances in communication will see this trend continue.

When people look through their microscopes at religion in the twenty–first century they are becoming increasingly disenchanted with what they see. More and more, religions are being seen as promoters of myth, if not outright lies, as semi-commercial bureaucracies which are first and foremost designed to promote themselves and their continued existence as powerful societies, and which stink of corruption.

People ask why it is that some of the wealthiest organisations in the world spend billions on ensuring their on-going advancement, on opulent buildings constructed “to the glory of God”, on the accoutrements and benefits which accrue to the bureaucrats themselves, and far less on the missions for which they claim to exist.

On every day of religious observance, somewhere in the world, promoters of religion, dressed in incredible and expensive finery, will speak in an extravagant place of worship, fit to house a king, while billions of people live in abject poverty. They will eat their blessed food and drink their blessed wine while others starve.

Why are religions failing?

Aside from the fact that people cannot believe in the promise of heaven and the threat of hell, (the credibility of all aspects of religions is in serious doubt), it is the hypocrisy of religions which has turned many away. One of the core principles of most religions is tolerance of individual differences and yet, throughout history, it has been the most religious who have failed to accept other religions. I seem to remember, somewhere from my early religious learning, that Christians were told “thou shalt love thy neighbour as thyself”, clearly a commandment which too many Christians fail to observe.

Religion is, and has always been, one of the most divisive forces in existence.

The human race is now more sophisticated than at any time in history. With some form of democracy becoming the dominant means of governing societies, the concepts of individual rights and of “free will” are being explored by more and more people.

Fewer women are prepared to accept their domination by men, whether in a familial, social or religious context.

Fewer individuals are willing to be dictated to by anybody else and they are expressing their resistance publicly.

They will not be told what food to eat, or how that food should be cooked.

They will not be told what clothes to wear, or how much of their bodies may be exposed.

They will not be told how to treat the members of their families.

They will not be told what to do with their time, nor will they continue to provide funds for organisations which are already among the richest in the world.

They will not be told that their particular brand of sexuality is wrong.

They will not be told whom they may or may not marry.

They will not live an existence for which the terms are dictated by an organisation with no credibility, since it has demonstrated that it is unable to live by its own edicts.

They will not support the archaic and often inhuman practices followed by some religions, practices which were immoral even in the dark ages. 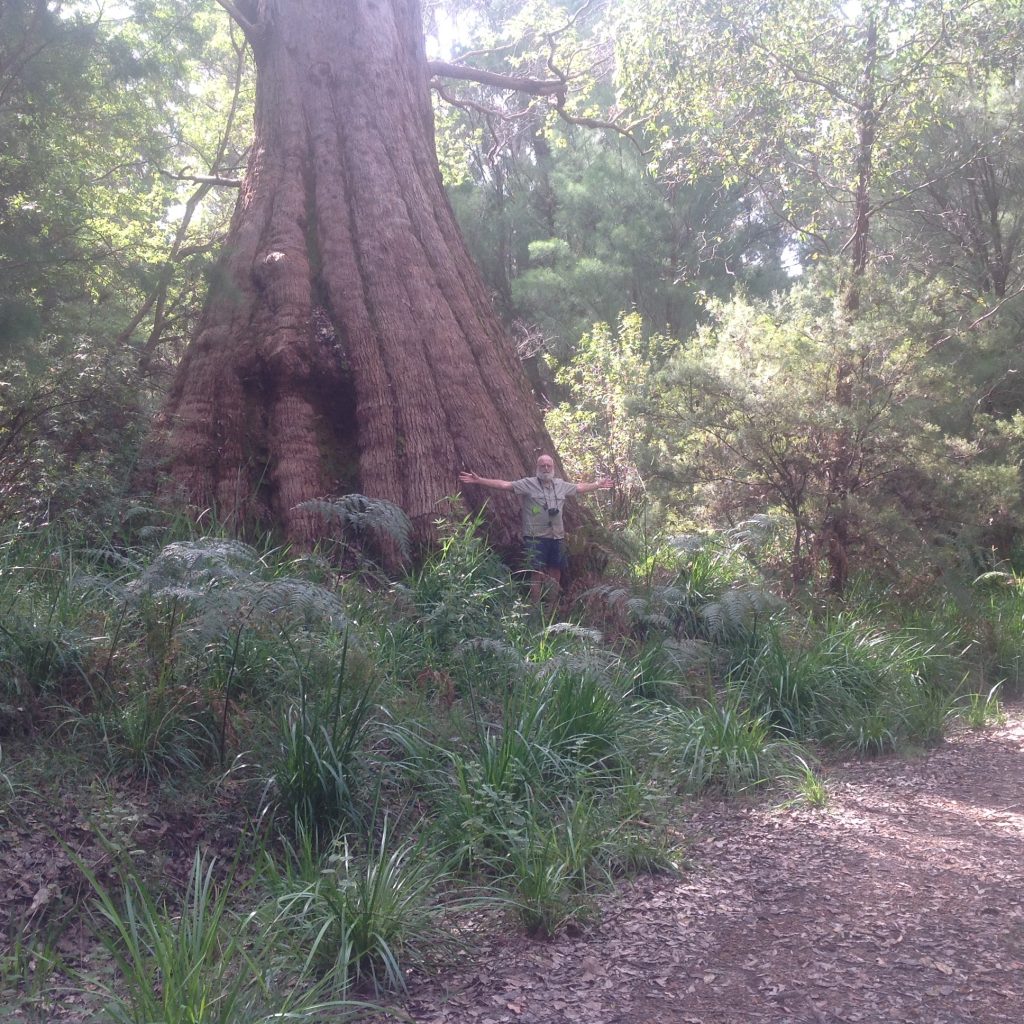