RANT ONE – CAN WE CHANGE THE WORLD? PART ONE.

Since the content of much of my writing might be considered “heavy” and the amount of text a little daunting, I’ll often throw in some unrelated and irrelevant images, mainly photographs of our travels around Australia, in order to add some “colour”. Here’s an example: 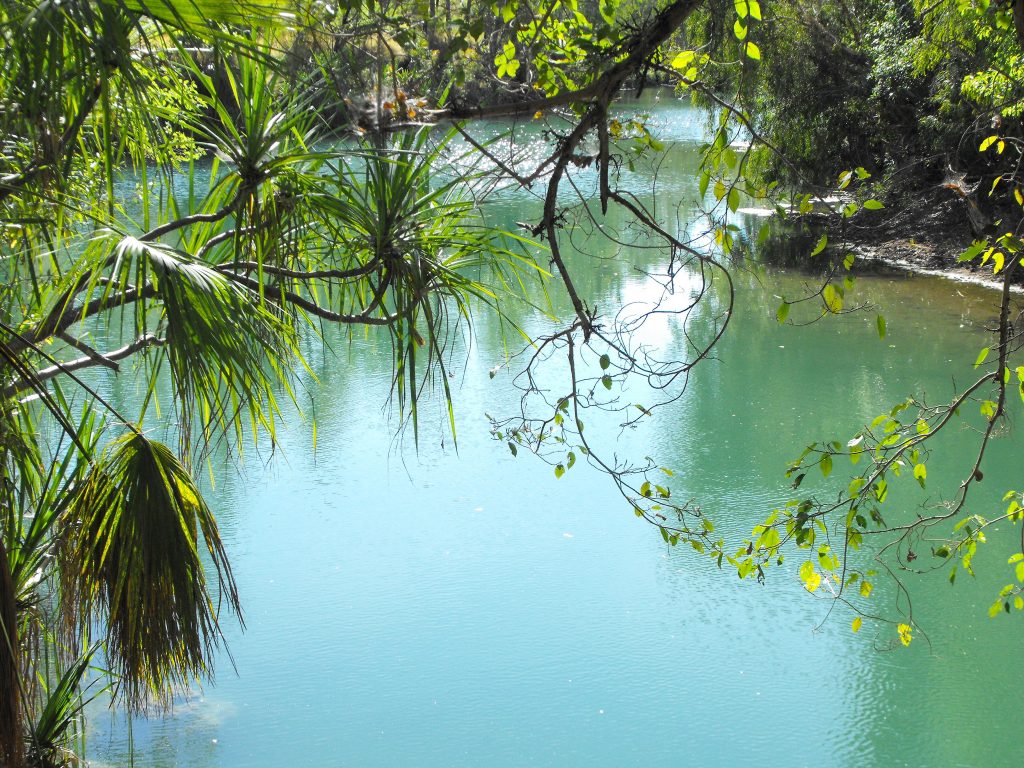 When I consider significant non-fiction, I like to know a little about the author. It helps me to detect possible biases, personal agendas or “spin”, and helps me to set a base line for reading my Bullshit Meter.

I’m hoping my writing will be considered significant and, since my target audience is people with the capacity to think rationally, I believe that they are deserving of some insight into my background in order to form better informed opinions of my work, hence the following.

At the time of writing I am a 67-year-old retiree with a Ph.D. in Bullshit, gained primarily as a result of my (almost) 60 years’ experience of the New South Wales school system, in company with my other life experiences. Knowledge of these facts alone may help some readers to set base lines for their personal Bullshit Meters.

I am also fast becoming a cliché, a “grumpy old man”, and I’ve got several huge axes to grind.

In addition, I describe myself as a realist, an idealist, a fantasist, a pragmatist, an egotist, a narcissist, a theorist, a behaviourist, a reformist, a revisionist, a conservationist, a hedonist, an exhibitionist, a socialist, an individualist, a feminist, a humanist, an atheist, an existentialist, a pacifist, an altruist, an optimist, a pessimist, a fatalist, a globalist, an oftenpist, an anti-royalist, an anti-imperialist and a staunch republican.

I am also conceited enough to believe that I have a strategy for changing the world. Not a viable strategy perhaps, but a strategy nonetheless.

There are surely those who would suggest that there is nothing particularly wrong with the world as it is. It’s an opinion commonly held by people whose peripheral vision and auditory perception are obscured by their own buttocks, and who breathe nothing but faecal aromas.

In my opinion the world is in a shocking state, and it always has been. Undoubtedly, the unacceptable aspects of the Roman Empire – murder, rape, slavery and so on – were similarly repeated in the late and unlamented British Empire and are still evidenced in the currently supreme American Empire, and they are unlikely to significantly change for the better, but this does not excuse a failure to try.

The pessimist will suggest that any attempt to bring about positive change is equivalent to pissing into the wind, whilst the optimist will counter by saying that at least you get to empty your bladder.

The parlous state of our world society has been created by the people who live within it – not some of the people, but all of the people. Since Man (an inclusive nomenclature for both female and male human beings) first walked upright and manipulated his environment to suit his needs, until today, when walking upright is an extremely basic skill and our power to manipulate our environment has never been greater, he has stuffed things up in the biggest possible way.

If we can find out why this has happened, there may be something which we can do about improving the situation. The reason is pathetically easy to identify.

“Ego is not a dirty word” (Skyhooks, 1975). From the Latin, meaning “I”, ego is the part of our thinking which responds to experiences in the outside world. Less primitive than the drives to eat, drink and copulate, but lacking the sophistication of the superego, in which is found the conscience and the ability to think critically about our actions, the ego is, at once, the most significant factor in the advancement of our species and the single greatest factor contributing to the perilous state of the world.

Ego drives me. It is the engine through which I create an image of myself. My self-image initiates my behaviour and largely determines my responses to the behaviours of others. It is ego which causes this writing to be produced.

Properly managed, ego is a force which can benefit mankind. Out of control, ego is one of the most destructive forces on the planet.

No-one needs to be a student of world history in order to identify instances of madness and horror created by manic egos. There have always been, and always will be madmen, and equally madwomen, although perhaps fewer of the latter. It seems that the male of the species is more inclined towards rampart egomania than is the female.

How, then, to curb the excessive behaviours of those who are ruled by ego rather than by rational thought? Once again the answer is easy.

Before I am accused of being a “typical teacher”, having an exaggerated sense of the importance of my vocation, let me define the term “education”. I will refrain from reference to a dictionary, preferring instead to create my own definition.

Schooling is an integral part of education but it is not the totality. The learning obtained in schools is too often restricted in scope and designed to cater to masses rather than to individuals. The content of school-based learning is, also too often, determined by bureaucrats and alleged experts who are so mired in tradition and political considerations, that any progressive thoughts are stillborn.

In 2017 the NSW Education Standards Authority (NESA) replaced the Board of Studies, perhaps because some students and their teachers had more readily referred to the previous body as the Bored of Studies.

In 1967, I, and thousands of other original Year 12 students, sat the first Higher School Certificate Examination. It was largely a “sifting exercise” to decide those who would qualify for university or other tertiary entrance.

For those without the capacity or desire to continue formal learning, those who had been pressured by ill-advised parents to continue at school past the School Certificate, two years of life had effectively been wasted. Those two years could have been better served gaining vocational training and real life experiences, not to mention reaping a financial benefit.

As it was, my experience of the extra two years at school was entirely underwhelming. The limitations of the system meant that I could not study my chosen subjects. It was compulsory for me to continue my eternal battle with the (mis)understanding of Mathematics, and to continue this into a level which ultimately proved to be well beyond the learning that I would ever need in life. My failure in this subject at the HSC was preordained.

I knew that my strength lay in the study of Languages. English, French and Latin were subjects in which I might have excelled, but the system dictated that I could no longer continue past my fourth year of Latin study. Instead I was forced to replace a learning which I enjoyed with the study of Ancient History, a subject which I quickly came to despise.

It was perhaps by the greatest good fortune that I managed to scrape into Teachers’ College, securing a late scholarship which would enable me to pursue my chosen career. This success, however, barely compensated me for my negative experiences of the NSW school system.

With relatively limited recent broad experience of the current situation in schools, (the second half of my teaching career having been focussed upon the needs of students for whom school was an essentially unproductive experience) I cannot say whether there has been any fundamental change in the system which so limited my learning those many years ago.

I suggest that the school system and curriculum which I propose have the capacity to change the world but I recognise that, realistically, there is absolutely no possibility that anything remotely like my proposal would ever be pursued in this country, let alone overseas. The negative factors which currently afflict the learning which our children experience have become entrenched over hundreds, and in some cases thousands of years.

However, I’m prepared to be fanciful. Bill O’Sullivan, an outstanding Principal with whom I worked, whilst perhaps agreeing with the basic features of the replacement schooling strategy which I call “New Learning”, would probably characterise the plan as being “like a recipe for ice cream, conceived in heaven, to be sold in hell”.

In other words, it just wouldn’t work! 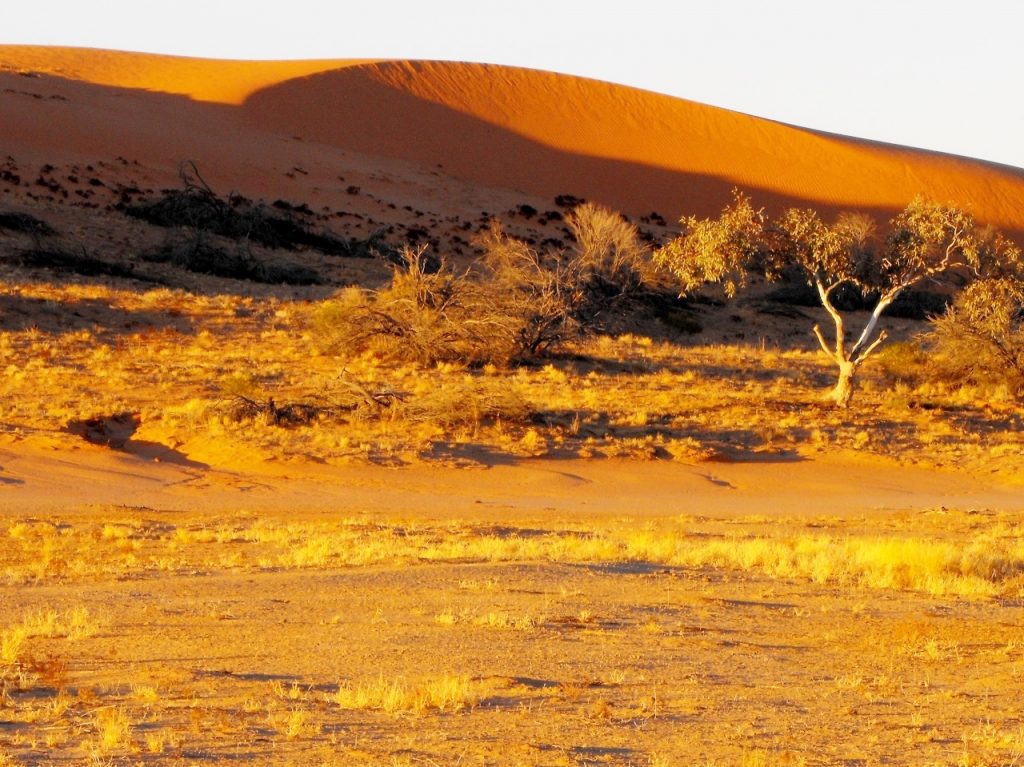 Early morning on the track between Cameron Corner and the Strzelecki Track, South Australia

Feel free to make any comments about Part One. They will be appreciated. In Part Two, due to appear shortly, you can find out what New Learning is all about.