RANT ONE – CAN WE CHANGE THE WORLD? – PART THREE

Congratulations, you have reached Part Three. To have persevered so far means either that you have found the writing to be instructive, or that you have been gathering evidence to confirm the suspicion that there ought to be serious questions raised as to the writer’s sanity.

The curriculum for New Learning involves learning in each of four compulsory areas – communication, numeracy, competence in using information technology and human development.

The following outline is not intended to be all-inclusive, nor does it wish to separate each of the four core learning areas into separate and seemingly unrelated units. This outline is intended to convey the spirit of New Learning. Any attempt to describe the fine detail of curriculum would probably put many readers to sleep.

In addition to learning the mechanics of reading, spelling and handwriting to a level which allows them to communicate efficiently in real-world situations, students will experience literature in all of its traditional forms as well as exploring contemporary literature provided by both traditional and electronic media.

Students will learn skills including the detection of lies, bias, inappropriate analogies and other forms of deception. Special attention will be paid to the study of advertising and other uses of literature which are designed to influence readers.

It is considered essential that, as well as learning the techniques for electronic communication, the benefits and the dangers of using electronic media for written communication are examined. Particular attention will be given to the use and abuse of social media.

Contemporary and traditional forms of oral expression will be studied and students will see how their current language usage has been influenced by historical events, past practices and recent developments. All forms of oral language should be experienced, but particular attention may be given to the language of contemporary music forms such as rap and the several metal varieties.

Special attention will be paid to the effect of non-verbal factors such as body language upon verbal communication, as well as the use of lies, bias, “spin”, inappropriate analogies and other forms of deception.

Students will attain a level of competence which enables them to confidently use spoken communication in real-world situations.

A level of competency in the understanding and use of numbers which allows a person to function in real life will need to be achieved by those wishing to qualify for a Certificate of Completion – Core Learning. Advanced mathematics is not essential for real-world survival. Students need to be able to determine the operations required in order to solve a problem and to calculate with and without electronic support. The identification of calculation errors and the use of suitable checking systems will be required skills.

Real-world applications of geometry and similar strands of Mathematics useful in daily life will be taught and practised. Students wishing to pursue an interest in Mathematics, or who demonstrate a particular aptitude for its study, may undertake such study as part of extended academic training or training in a vocational field.

The earliest experiences of learning in IT will involve the use of keyboard skills. Speed and accuracy of input as well as the use of the various keyboard functions will be encouraged. Studies in IT will focus upon the learning and use of concepts and skills which will enable students to function effectively in real-world situations, as well as enhancing learning in other Core Learning areas.

Students wishing to pursue an interest in Information Technology, or who demonstrate a particular aptitude for its study, may undertake such study as part of extended academic training or training in a vocational field.

Studies in this broad area will focus upon increasing students’ knowledge and understanding in the strands of physical, mental, social and emotional development.

At appropriate stages, students will study the physical development of the brain and the growth of brain functions such as thinking. This study is intended to provide students with an understanding of the critical nature of the brain in affecting physical development, in decision-making and in determining life outcomes, as well as showing how brain growth can affect emotional growth. Students will study the effects of brain abnormalities and brain trauma, learning how a person’s life may be impacted by brain damage.

Particular attention will be paid to the establishment and maintenance of personal habits which promote mental health and the protection of the brain from injury by substance abuse or accident.

A detailed outline of this area of study is not feasible in this document since it will have as its foundation the teaching of the huge range of matters related to human behaviour. It is in this area in which the bulk of learning which may contribute to significant changes in world society will be taught.

Thorough and wide-reaching, this study, under the Core Learning guidelines, will aim to increase awareness and appreciation of aspects of cultures which may be seen by individuals as positive, negative or value-neutral. Ethnicity, nationality and internationality will be examined in so far as they impact upon social choice and consequence. No attempt will be made to inculcate values specific to particular religions or cultures.

In most cultures there is a general consensus regarding those behaviours which are considered socially acceptable and those which are regarded as anti-social. Some beliefs are generalised across cultures but others are strictly culture-specific.

Therefore, the study of this aspect of human development must entail studies which focus upon differing cultures. Intrinsic in these studies will be the growth of awareness, understanding and acceptance of the concepts of ego, individual difference, individual rights and individual responsibilities.

The existence of religions, and in some cases the absence of religious beliefs, provides an excellent “natural division” upon which to base cultural studies. By examining the beliefs of followers of the world’s major religious groups, as well as atheism and agnosticism, students will learn how historical and geographical factors have influenced the development of a variety of belief systems.

Neither lay preachers nor members of the clergy will be admitted to schools so that they may access students with a view to spreading the doctrine of their particular religion and gathering more followers. All teaching about religion will be conducted by qualified teachers who may also teach any other aspect of the Core Learning.

In the case of students in Australian schools these studies would include the tenets of Aboriginal culture and the impact of the invasion by the British in 1788 upon this culture.

In general terms studies will focus upon the broader alternative lifestyle choices available to people – living alone in isolation, living an isolated life as part of a small group or large group, co-habiting in small or large family-type groups, living in a family, with or without extended family participation, living communally, and so on. The reasons for, and consequences of, making these lifestyle choices will be examined.

For selected cultures, specific social groups – sports fans, social media users, pro-community welfare groups, or gangs, for example, may be studied in order to identify the reason for their existence, suggest their social purpose and examine their social effect.

No effective study of societies could ignore the role of politics and politicians.

Learning about human behaviour underpins every aspect of the study of emotional development.

At appropriate stages, students will learn the importance of early life experiences in affecting later life behaviour and will develop an understanding of concepts such as sympathy, empathy, anger management and the “fight or flight response”.

Topics for discussion will include the formation of the various types of peer relationships, and the role of the child and of the parent in parent-child relationships. The gaining and use and/or abuse of power will be examined.

Strategies for use in the management of personal emotions and in the response to the emotions of others will be studied, and in this strand the critical importance of effective parenting will be examined.

Ultimately, those who qualify for the awarding of a Certificate of Completion – Core Learning in the area of Human Development will have gained sufficient knowledge, understanding and skill as to enable them to form and maintain positive interpersonal relationships, to manage conflict and to adopt a constructive role in whichever type of lifestyle they choose to follow. 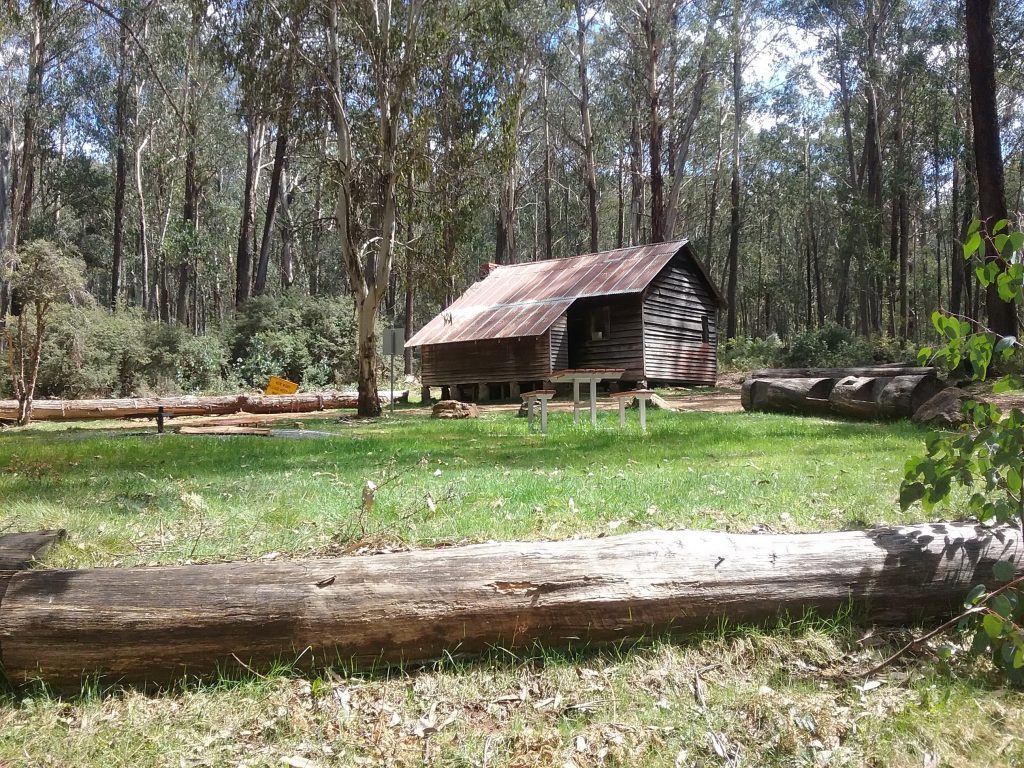 Ski Hut, near Nariel in the high country south of Corryong, Victoria

It is customary to provide a rationale before explaining the details of a programme, but I have chosen to work in reverse so that readers will have been able to question and consider the content of the New Learning programme without necessarily being fully aware of the writer’s purpose.

New Learning releases students from the constraints provided by the current school-based process. The four essential elements, Communication, Numeracy, Information Technology and Human Development, if properly taught, will provide students with the basic essentials for successful living in contemporary society, and may provide a foundation for extended or specialised learning in fields of importance to individual students. The emphasis moves away from the limitations of schooling and towards the gaining of a broad education.

Apart from the obvious objections which could be raised by conservative minds, the greatest stumbling block to the introduction of New Learning must be its potential financial cost, which would be huge.

Perhaps a frivolous and extremely rudimentary cost-benefit analysis might suggest ways in which funding might be sourced: 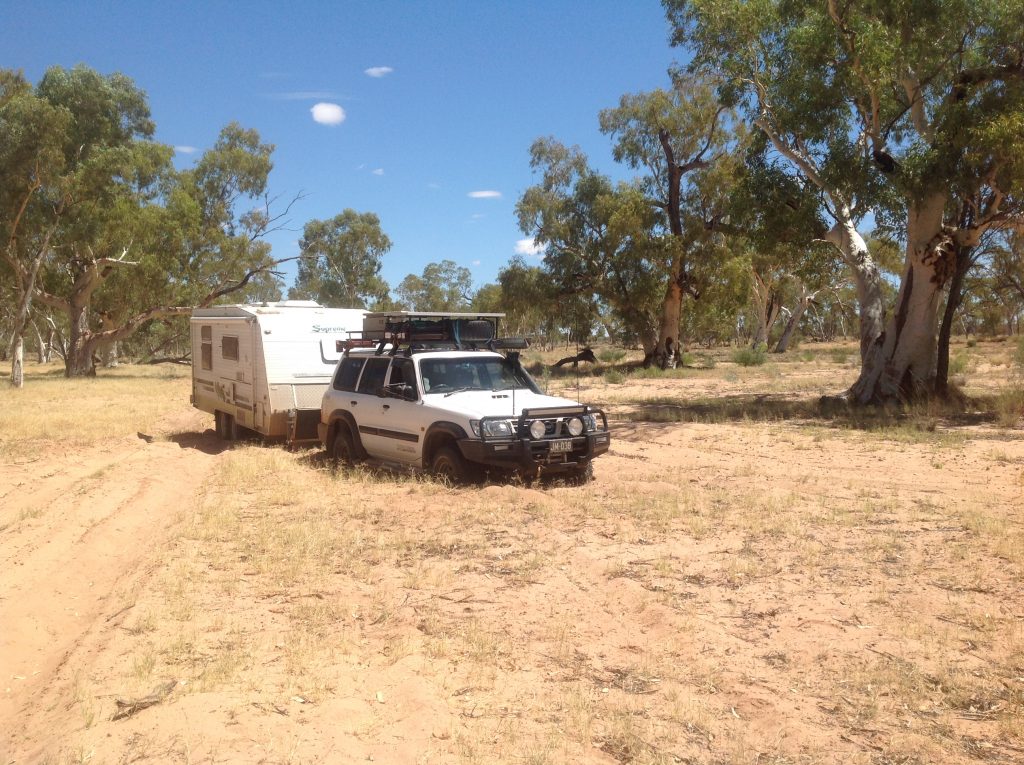 This Rant has not merely been produced in several hours at the keyboard. It is, in fact, the product of years of frustration and, often, desperation. For several decades the basic message of this Rant has been fermenting in what might actually be a very sick mind. Ideas have emerged, often as a result of anger or incredulity at the behaviour of elements of the human species, have been investigated, confirmed or rejected, blended and stored for future reference. They’ve now been put into print, perhaps the ultimate futile exercise.

The concepts of New Learning are drawn from my experiences of the successes and failures of the Old Learning, or more precisely the old system. Some of the thinking may be fanciful and so impractical as to be unachievable, no matter what resources were available. This document probably raises more questions than it provides answers, and, if that’s so, I’ll be pleased. Questions may lead to thinking and thinking is the single best way to solve a problem.

As I conclude this writing, Bill O’Sullivan’s words echo again. Perhaps I’ll get myself an ice-cream.