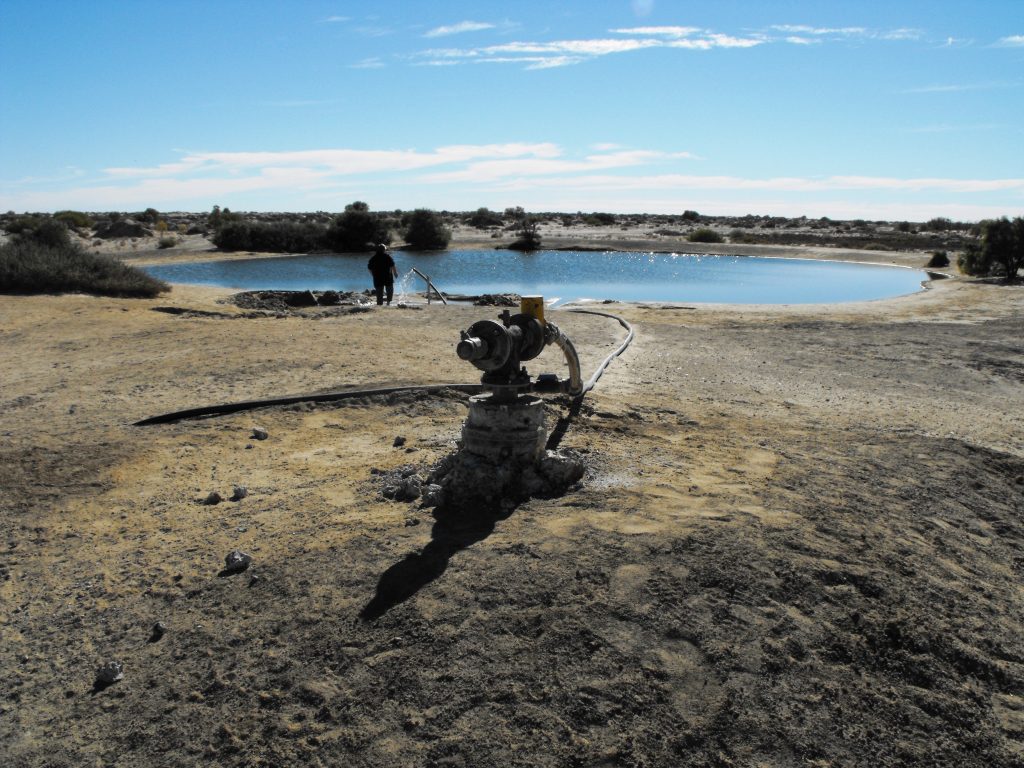 Just like Rant One, “Can We Change the World?”, this one is full of ideas which can never be realised in fact, but there might be a few thoughts which are worth considering.

I’m a very long way from being an “expert” in this subject, and it’s likely that my arguments could be torn to ribbons by a political scholar, but perhaps, in itself, the level of my ignorance of the political systems which operate in this country is evidence that the overall system is dire need of repair. I’m inclined to believe that I understand as much as most voters, and that the pollies really don’t want us to know more.

It’s my view that the study of Australia’s political history, with an emphasis upon current practices (and malpractices), should be taught as a non-examinable subject in the later years of secondary school. If voting is to be compulsory, the electorate should be educated in order to make informed choices.

I suggest that we’ve really got a choice of two options when it comes to fixing the stuffed up political system which we currently own.

Option One – We pick out any good bits and keep them, and chuck away the bits that are crap.

Option Two – We don’t try to fix it. We give it a heave and start again, but in doing so, we should be careful not to throw the baby out with the bathwater. There may be one or two good things about our current political system.

I’m getting ahead of myself, as I often do. First, we should decide if there is actually anything wrong with the current system, or if I’m just a cynical, whingeing dickhead who hates politicians.

Our system of federal government has existed since 1901. It is closely aligned with the British “Westminster” system, which is to be expected, since Australia was founded as a set of English colonies following the invasion of 1788.

Like the English parliament*, our parliament has two “houses” which are made up of people who make the laws that govern us.

Unlike the English parliament, with the exception of those appointed in exceptional circumstances (such as those appointed by Joh Bjelke-Petersen, an act that directly impacted upon the dismissal of Prime Minister Gough Whitlam), the members of our “houses”, the House of Representatives, aka the Lower House, and the Senate, are elected.

The English “houses”, the House of Commons** and the House of Lords***, are aptly named and accurately reflect the upper crust English fondness for elitism and the “class” system. Members of the Commons are elected, and even people from the lowest strata of English society are eligible. Members of the Lords, however, are granted membership by virtue of an accident of birth, (the number of these was reduced by the House of Lords Act, 1999), or are appointed.

Perhaps ideally, to be a “Lord”, one ought to be be of “noble” birth, and bear a title befitting one’s status as a superior being. A title such as the “Duke of Poo Corner”, “Viscount Biggarse”, “Baron Lands” or the “Marquess of Shitmarsh” would indicate to the hoi polloi, the common masses, that one is of elevated status and therefore entitled to rule.

Lord Lucan, the 7th Earl of Lucan, was such a person, as was Jamie Blandford, the 12th Duke of Marlborough, John Hervey, 7th Marquess of Bristol and Jeffrey Archer, Baron Archer of Weston-super-Mare. Their abbreviated biographies make interesting reading.

As an alternative, one might be a bishop or archbishop of the Church of England, and appointed by His or Her Majesty, the senior Royal Personage, who Himself or Herself, in past times, might have laid claim to have been “appointed” to the role of Master or Mistress of The Elite, by “God”.

In modern times, the right royal ruling monarch would be acting upon the advice of the English Prime Minister, or the recommendation of an allegedly independent body, the House of Lords Appointments Commission. Prior to becoming a member of “The Lords”, one must be granted an aristocratic title, and the necessary paperwork completed. Following this process, one becomes a “peer” **** for life.

It might be interesting to know how many “ordinary” people, those without particular power, wealth or “helpful connections”, are actually elevated to the peerage.

In Australia we are less inclined to adhere to the rules of this elitist bullshit, but this does not necessarily mean that our parliament is immune to the depredations of our society’s “blue bloods”. A perusal of the academic history of any number of parliamentarians might tend to show that a significant number were pupils at prestigious Greater Public Schools, which in fact are wealthy private schools that receive large amounts of public funding.

The King’s School, Sydney Grammar School, Newington College, Sydney Church of England Grammar School, The Armidale School and The Scot’s College, are NSW examples of this exceptionally wealthy class of school which caters primarily for the children of wealthy families.

There exists a strong suspicion that an “Old Boys’” network is heavily influential in determining who gets to run for political office, especially in some highly desirable, selected seats, and so we have our own version of “royalty” which insinuates itself into Australian politics.

The Australian political system, like its English counterpart, is seriously flawed.

Although it claims to provide equal representation to all citizens, the system is open to abuse and corruption, both from within and without, and, as is usually the case, it is the flow of money which carries corruption with it.

It costs a lot to get elected.

Few politically unaligned or ordinary people can afford to campaign with any serious hope of election.

Political parties are often beneficiaries of donations which they can then use to fund election campaigns. These donations must be made public, but few voters will ever bother trying to discover the identities of the donors behind their local candidates. These donors will certainly be people or companies who have vested interests in ensuring the election of their preferred candidate. If you receive political donations you will almost certainly be expected, by the donors, to do something as “payback”.

An entire industry has developed around “lobbying” – the task of getting pollies to vote in a way that is favourable to specific sections of society, most notably business and industry, who pay the lobbyists for favourable outcomes. Pollies may not be the sharpest tools in the shed, many survive on native cunning, but they’re not stupid enough to bite the hand that gets them elected, so donors are rewarded by getting laws made that are consistent with their particular interests.

In some cases, these manipulations of the system may be legal, but rarely are they in the best interests of the whole community. Technically this may not constitute corruption in the legal sense, but morally they stink.

The favours to pollies do not end with donations.

Ivor Lottamunny, Member for the NSW electorate of Wideopenspaces, has been the Minister for Lands and Water for five years. During that time, controversial legislation has been passed which affects the rights of landholders to use water from two of the state’s major rivers.

A huge farming conglomerate, with its headquarters in India, has bought up several major farming properties in the Wideopenspaces electorate, with the intention of changing to a lucrative crop which, unfortunately, consumes enormous quantities of water. Even the combined water entitlements of the recently purchased properties would not be sufficient to make the growing of the new crop viable.

However, with great foresight, the Indian entrepreneurs had been able to utilise the services of one of their company directors, Sir Hugh Jarsole, former Member for Wideopenspaces, and “close personal friend” of the incumbent, Ivor Lottamunny, as a lobbyist.

Sir Hugh, by virtue of his many remaining contacts in the ruling coalition’s Rural Advancement Party, had been able to persuade Ivor Lottamunny and several other serving pollies, of the wisdom of supporting the Indian corporation (economic benefits to the state, job creation, bullshit, bullshit . . . ), and those pollies then persuaded other members of the government to change the rules regarding water licenses in order to benefit the Indian company. Of course there would have been a quid pro quo required, “I’ll scratch your back, you scratch mine”.

There were four significant consequences of this action:

It was several months later that a journalist reported that “former NSW government minister, Ivor Lottamunny, today took up a position as a director of Sandjay Incorporated, an India based multinational with multiple agricultural holdings in western NSW. It is reported that Mr Lottamunny’s position carries a remuneration package worth in excess of three million dollars annually”.

If I ever find that I’ve got nothing to do, and I’m bored with sticking red hot pins in my eyes, I’ll do sufficient searches as to enable me to list the former Australian politicians who go on the make squillions of dollars in private enterprise. In red block letters I’ll list those who, whilst in office, took some action, or were involved in some “deal” which later benefitted them in their business careers.

Anybody with time on their hands, a wish to make the bastards accountable, and a strong stomach, could spend countless hours researching “graft” (an Americanism, but appropriate in this context) and corruption in Australian politics, at all levels.

Sadly, the revelations would not necessarily result in any tangible benefit, such as rule changes to ensure appropriate political behaviour, because politicians make the rules and they’re highly unlikely to make any rules which force them to pull their snouts out of the trough.

So, political donations and “jobs for the boys” – two of the avenues, or perhaps superhighways, open to unscrupulous pollies to feather their own nests at the electorate’s expense. From the small building company which gets a local government contract to erect grandstands at community sporting fields, (and also build a new four car garage, at a greatly reduced cost, for the local mayor), to the gigantic operations such as “Sandjay Incorporated”, these practices impact daily upon the political process in this country, so I suggest it could be said that there is, and has always been, something rotten in Australian politics.

*I use the word “English” because there are other members of the association known as Great Britain who did not necessarily choose to become a part of Great Britain. In the same way, people of parts of Africa, India, the West Indies, Australia and New Zealand had no say in becoming part of the British Empire, and I wish to recognise their right to be considered separate from England.

**Commons is a name often given to plain bricks.

***Lord is a name often used in reference to the Christian deity. 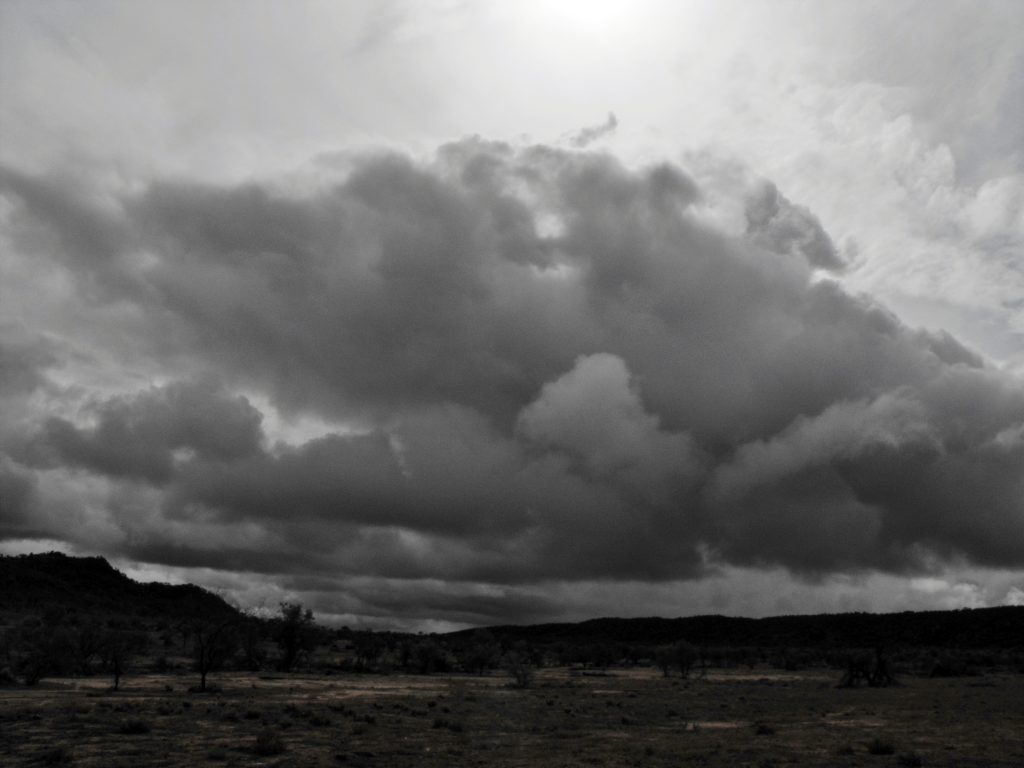