RANT 34 – WHAT ALLOWS POLITICIANS TO LIE WITH IMPUNITY? 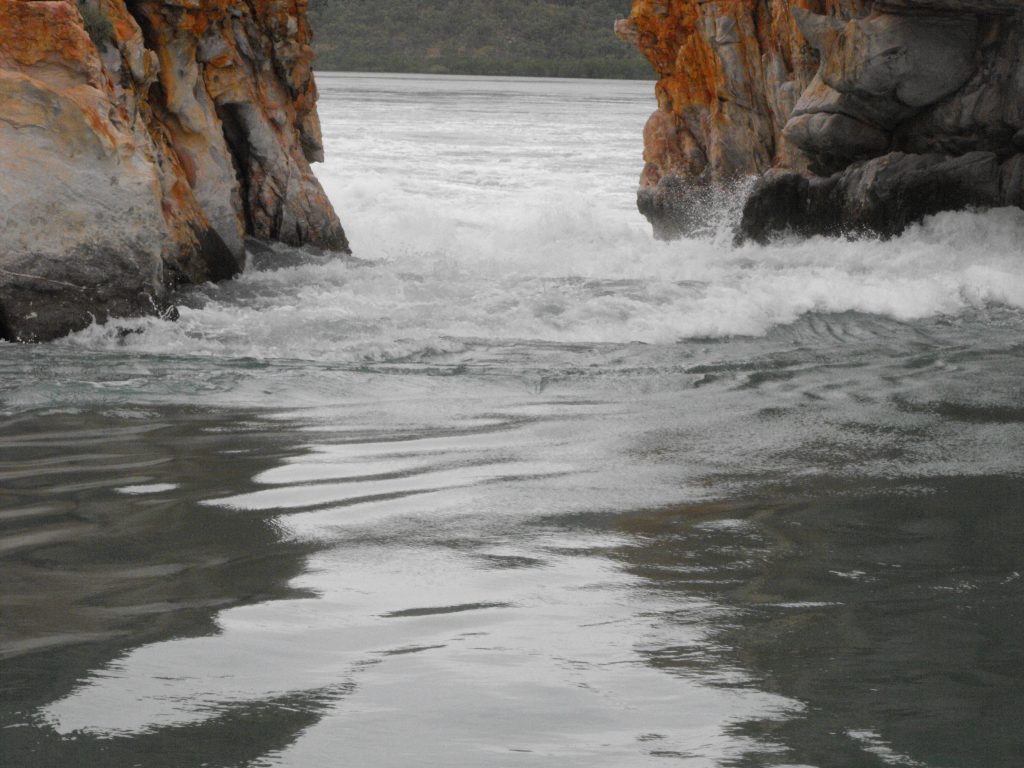 Advice to readers: The following opinions and generalisations are not rigorously researched, and are offered only in the interest of encouraging thought.

WHAT ALLOWS POLITICIANS TO LIE WITH IMPUNITY?

The short answer is simplistic, but sadly accurate.

Pollies can lie because they feel entitled to, and because we allow them to.

If every voter in Australia chose to vote only for pollies who supported a very strong federal ICAC, and who were prepared to legislate to punish those who lie, both inside and outside the parliament, the problem would be reduced as soon as the next election, and eradicated shortly afterwards.

I’d like to see two federal agencies set up to combat dishonesty. One, the ICAC style body, would be purpose-built to dig out and ensure prosecution for corruption, such as the NSW ICAC achieved with the Obeid-McDonald case.

The second would probably be even more busy, since its role would be to examine the overall ethics of politicians’ behaviour, concentrating upon those matters which, while technically legal, range from dodgy to borderline corrupt.

As I understand it, currently, pollies can tell lies in parliament, under parliamentary privilege, apparently without consequence, unless other politicians call for and establish a Parliamentary Committee, to investigate their behaviour. This means that, unless the pollies investigate themselves, nothing may happen to the liars.

I’d like to see an independent body created, made up of similarly qualified people as those who staff the ICAC. They could be called something like the Political Ethics Commission and their charter might require them to investigate complaints, made by any person, against politicians and their employees. Once proven to be true, an instance of unethical behaviour could be classified, and publicised, as belonging to one of three “classes” of behaviour – moderately unethical, significantly unethical or extremely unethical (or something similar).

As long as the presumption of innocence for anyone accused of improper or unethical behaviour is protected, both organisations would be expected to reveal information about the progress and results of inquiries, as it was appropriate to do so. This would mean that the electorate would be kept in formed, on an on-going basis, of the behaviours of their elected representatives.

I have some suggested answers, which need some historical guesswork on my part to explain. I’m not a political scientist, nor am I an historian, but I’ve had quite a long time on the planet, during which I’ve made some observations about the function, and dysfunction, of Australian society.

People tended to vote as their fathers had voted. The upper class voted Liberal, a party which needed to be allied with the Country Party, who represented wealthy landowners, in order to achieve a majority over Labor, the party of the lower classes. This imbalance still exists today, when Liberals can’t achieve government without the support of the National (formerly Country) Party.

Post-Federation, several major wars were fought, in which Australians died largely in defence of the culture of a country 20 000 km away, and attitudes slowly began to change.

Questions were asked about the right of “First Class People” to make decisions which affected the lives, and deaths, of “The Rest”.

In the middle of last century, my birth coincided with a growing awareness of the fact that education was a way to at least blur the boundaries between the classes. Upward mobility had begun.

It has taken at least seven decades for our society to reach a stage at which the “right” of the ruling class to rule, is being seriously, publicly and loudly questioned. It was primarily the ruling class’ sense of entitlement which created an environment in which lies are acceptable, and even encouraged and condoned.

This sense of entitlement due to birth, wealth and power, is worthy of investigation, because it is one of the most destructive forces which exists in our society. It plays out every day in Australian politics, and is the driving force behind political corruption.

As an example, let’s take this scenario, loosely based on fact, but heavily embellished with supposition and speculation:

How has this warped mindset been created?

Jacob’s parents are wealthy, socially prominent people, who hold a prestigious position within their community. His is a strongly patriarchal family, in which his mother is almost subservient to the wishes of her husband and son. Jacob has been indulged throughout his life. He has attended an extremely wealthy and prestigious all boys’ school, since Kindergarten. It is unlikely that Jacob has ever met, let alone associated with people from a different social class, during his 17 years on the planet.

The lessons taught to him by his parents, teachers and schoolmates, confirm in Jacob that feeling that he is special, and therefore entitled to exercise his will, regardless of possible consequences. He sees a career in “The Law” as a way to establish his own position of power in society, and as a springboard into politics, which, in his view, is where the real power lies. He sees himself as a future Prime Minister.

Jacob has learned that the law can be subverted in order to gain and exercise power, and increase personal wealth. He has learned that “Jacob’s Truth” is the “Real Truth”, regardless of the opinions of others. He has become a dedicated narcissist.

In his own mind Jacob did not rape Ann. He merely asserted his right, as a privileged alpha male, to have sex with her.

Fast forward to the modern day and accusations of a historical rape have been made against Jacob, who has become a senior minister in the government of the day.

He fiercely denies the allegations and cites Ann’s history of mental ill-health, created by the unresolved issues surrounding her rape, as the reason for her delusional accusations.

Jacob is suffering terribly. His political career is all but destroyed, but even worse, he has been accused of a crime which he did not commit. It is true that he had sex with Ann. It is true that she did not consent. However, he believed that he was entitled to have sex with Ann, regardless of her wishes. He had been taught, throughout his life that his wishes were to prevail in all circumstances.

Jacob steadfastly believes in his innocence.

I cite the tale of Jacob as an example of a mindset demonstrated in too many contemporary politicians. In recent years, and probably as a response to growing public awareness and criticism of pollies’ unacceptable behaviour, the strategy of lie and deny, deny, and deny again, one utilised brilliantly in America by one Donald J. Trump, has been imported into Australia.

In Australia today, we have incontrovertible proof of the public behaviour of one politician who lies about telling lies.

How do they continue to get away with it?

History suggests that, for two centuries, we were subject to rule by a privileged class. It has taken an incredibly long time for social change to occur, to the extent that now the ruling class, and the government that it supports, is gradually being called to account for its behaviour.

Fifty years ago, the imaginary story of Jacob and his rape of Ann, would never have been told in public.

However, not enough is being done to bring genuine accountability to our Federal Government. In my opinion, the present government has arguably the worst record of proven lies, unethical conduct and potentially corrupt behaviours, of any government in living memory. The only comparable case might be the Queensland State Government, under corrupt Premier Joh Bjelke-Petersen.

The Feds’ attempt to persuade voter that their phony anti-corruption watchdog will be adequate to solve the problem, is laughable. This quote from SMH, November 2, 2020 is worthy of consideration:

“Attorney-General Christian Porter launched six months of public consultation on Monday by issuing draft legislation that would give the new body the power to compel witnesses and search property as well as almost $150 million in funding.

But he rejected demands to allow the new Commonwealth Integrity Commission to initiate its own inquiries, hold public hearings and release public reports on political corruption.

Former judges and barristers with experience in corruption inquiries dismissed the plan as inadequate, . . .”

True accountability cannot be achieved until politicians themselves, say that enough is enough. Sadly, human nature comes into play here.

If I am an unethical or corrupt politician, I am hardly likely to support the creation of entities which will reveal and punish my behaviours, therefore it will take the combined will of a large number of ethical politicians, to bring about the establishment of such an entity.

I’m just not sure that there are enough of these people to enable this to happen. 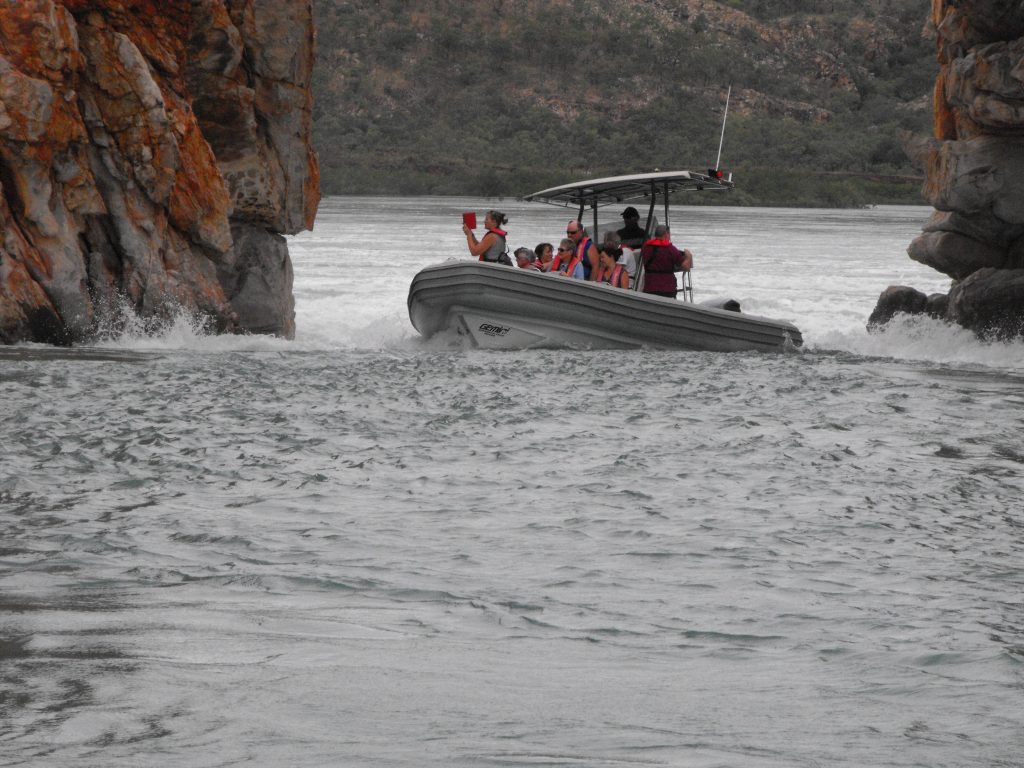