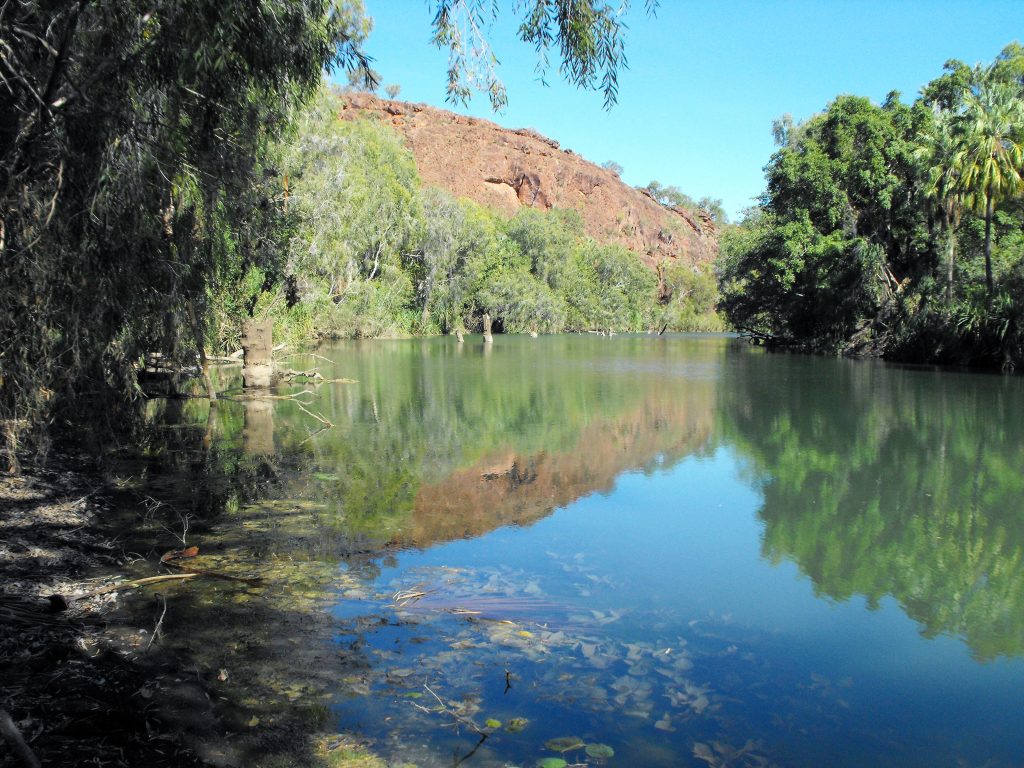 Politicians have the power, but not the inclination, to ensure that the needs of Australian communities are best served by legislation, which dictates measures that create a climate of fairness. Instead, they choose to legislate measures that increase the wealth and power of those who support the politicians – big business: commercial interests, banks and major corporations. In this sense, our governments mimic those of the United States, the powers which created the horrendous wealth gap which exists in America, and the circumstances that brought about the Global Financial Crisis.

Governments have a duty to regulate the commercial and economic processes that control the climate in which we live. The American model of capitalism has proven itself to be a total failure, ensuring that the ridiculously rich bask in balmy weather whilst the vast majority experience on-going storms.

Those costs which impact most heavily upon the population must be controlled by legislation. As in the United States of Inequality, the free-market approach to the domestic economy in Australia has produced gross disparity between the “haves” and the “would-like-to haves”.

A blend of regulated and free enterprise strategies must be used to ensure that Australians are not ripped off. Here is a list of some of the enterprises which require regulation:

If that means that an alternative commercial or religion-based school system must shut down, so be it. The government will need to expand the public system to fill the gap. Funds will be available from taxes paid through the GST and by businesses, which are currently allowed to avoid paying their way.

(Can anyone believe that the Pope would allow Catholic Education to disappear, and risk the loss of so many potential contributors to Catholic coffers? If the church wants to build and maintain a school, it can use some of its estimated 200+ billions of dollars to do so.)

Interest rates on home loans, fixed by the Reserve Bank, must not be exceeded, and loans for any purpose must not be provided to any person who cannot demonstrate the capacity to repay without suffering excessive financial stress.

Consideration will be given to the establishment and maintenance of a public bank and a public insurance company, based upon the principles of old “credit union” system. Government guaranteed bonds will provide an investment opportunity as an alternative to, and in competition to private enterprise banks.

In order to police the observance of the regulations, which are designed to protect the welfare of all Australians, an extensive (and probably expensive) department will need to be established, focussing upon tax-avoidance, attempts to create monopolies, business collusion and corruption by individuals and organisations. The current agencies do not appear to have enough “teeth” to do the job.

A small minority of individuals, commonly those who have been psychologically damaged by negative life experiences, and who no longer retain even a scant remnant of dignity, have no choice but to exist as recipients, as non-contributors who have no cause to feel personal pride or achievement. There is little or nothing to be done for some of these people, although others may be rehabilitated.

I can state, unequivocally and from personal experience, that living permanently on government welfare degrades an individual. There is an intolerable level of humiliation, which is felt when a person is unable to “pay their own way”. Constant exposure to this feeling destroys self-image and self-respect.

The only way to reverse this is to ensure that people have access to jobs that will provide sufficient income as to enable them to pay their way. Access to jobs is almost entirely dependent upon job-seekers attaining an appropriate level of education.

Therefore, the key to financial independence and personal dignity is education. I have expressed views in relation to education and schooling in this country in Rants 1 & 7, so I will advance no further general argument here.

However, I will propose some ways in which the unemployed and the currently unemployable may be encouraged to access purposeful and relevant education, which will then enable them to find and retain employment.

Begin by recognising the fact that a relatively small percentage of students will wish to access university education in order to study as pure academics, or in fields such as medicine, education, law, engineering and the like.

Due to the “uni hang-up” mentality, which has afflicted our society during recent decades, some institutions have been forced to provide “lightweight” courses in order to access increased funding.

Many people now locked-in to university courses which are loaded with quasi-academic bullshit, only require access to tertiary education which is vocationally centred. (When I earned my degree in education, I was required to “study” a nebulous subject, which asked me to propose a site for listing as a part of the national heritage. I’ve never been able to discover how this learning was intended to improve my performance as a teacher.) Access to appropriate vocational education used to be the province of the uni’s poor cousin, TAFE, a system denigrated by academic snobs and devalued by an ill-informed community.

Allow secondary school students to sample a variety of occupations in which they have an interest whilst still at school. Expand the work experience concept, paying employers to provide opportunities if necessary, enabling young people to experience perhaps two programmes simultaneously (one school day for each), attending school for three days per week to study core academic subjects.

Allow students, having made a choice of a preferred area of employment, to spend up to three days per week at work experience as they approach the age for leaving school. Allow employers to pay work experience students if they wish. Bring the apprenticeship system back to its former prominence.

Expand the TAFE system in order to enable more students to access vocational education. School leavers who do not move immediately into employment, or further self-funded education, may be paid an allowance equivalent to the rate applying to job-seekers, if they access further vocational education which enhances their employment prospects. Make the receipt of this allowance conditional upon acceptable attendance and learning progress.

I believe that, at one time, government funds may have been used to subsidise employers who wished to take on additional employees, but who were not in a strong enough financial position to take the risk. If such a programme once existed, bring back something similar. If it exists now, expand it. If it has never existed, make it happen.

Whatever happens, use some imagination, think outside the box, and focus heavily on getting people educated and employed!

Closing the wealth gap in Australia would be possible if:

This article by Leon Della Bosca, which I’ve pinched holus bolus from “YourLifeChoices”, is well worth the reading. He’s a real journalist, I’m just an opinionated scribbler:

The 200 members of Australian Financial Review Rich List 2018 added 21.2 per cent to their personal fortunes with a collective total of $282.7 billion in wealth for this elite club.

The list named 16 newly minted billionaires, bringing the group’s tally to 76. Making up 38 per cent of those on the list, billionaires will soon comprise half of the wealthy people identified.

For the second consecutive year, cardboard king Anthony Pratt of Visy topped the list with a net wealth of $12.9 billion.

Property developer Harry Triguboff was next on the list, with $12.77 billion, followed by mining baroness billionaire Gina Rinehart, who has doubled her wealth in the last two years, with $12.68 billion.

This trio alone have collectively added $11 billion to their wealth over the past two years.

Mining moguls were prominent on this year’s rich list, although one in four rich listers made their money in property.

The top 10 included familiar faces Frank Lowy from Westfield (number four with $8.24b), property developer John Gandel (number seven with $6.45b) mining investor Andrew Forrest (number eight with $6.1b) and casino king James Packer creeping in at number 10 with a ‘paltry’ $5.25 billion.

Somehow, miner Clive Palmer not only stayed on the list but was actually the biggest mover with his personal wealth increasing to $2.84 billion. Mr Palmer has been fighting legal battles all year but a significant win this year ensured his royalties from the Sino Iron project in Western Australia will keep flowing into his coffers.

Only 19 women made the list, eight of whom are billionaires, including Gina Rinehart and her daughter Bianca.

Opinion: Why rich listers should be in the Government’s crosshairs

More than half of Australia’s age pensioners will run out of money before their next pension payment, according to the YourLifeChoices Retirement Affordability Index™ 2017-18.

An ever-increasing number of Australians are living around or below the poverty line, yet $49.6 billion was added to the coffers of Australia’s richest people last year alone.

Yes, the wealth gap is widening.

The 200 members of this elite club saw a collective rise in their personal fortunes to the tune of 21.2 per cent, and yet wage growth stagnates, Newstart and Age Pension recipients barely cover weekly expenses (if they’re lucky) and the rest of us struggle to keep up with rising rents and the cost of living.

More than 76 per cent of pensioners feel the cost of living is rising faster than the official inflation rate. Around 24 per cent find it difficult to fund everyday expenses.

No one is asking the rich to fund the Age Pension or to provide the $75 per week bump so desperately required by Newstart recipients. But it would be nice to know that these people – and their businesses – are paying the requisite taxes to help boost our welfare system and maybe make housing a little more affordable.

And yet the Government insists on handing the wealthy millions in tax exemptions, incentives to buy more property and charge exorbitant rent, and company tax cuts that history has proven will only benefit their bottom line even more.

Until these people pay their way, the wealth gap will widen, inequality will run rife, young families will never own a home and Australia will lose its reputation as ‘The Lucky Country’.

Let’s face it, the dream is already dead. When will the Government wake up and start taxing the ultra-wealthy instead of retirees?

That’s a question we’ve all been asking for years, but maybe the real question is: who’s really running this country? 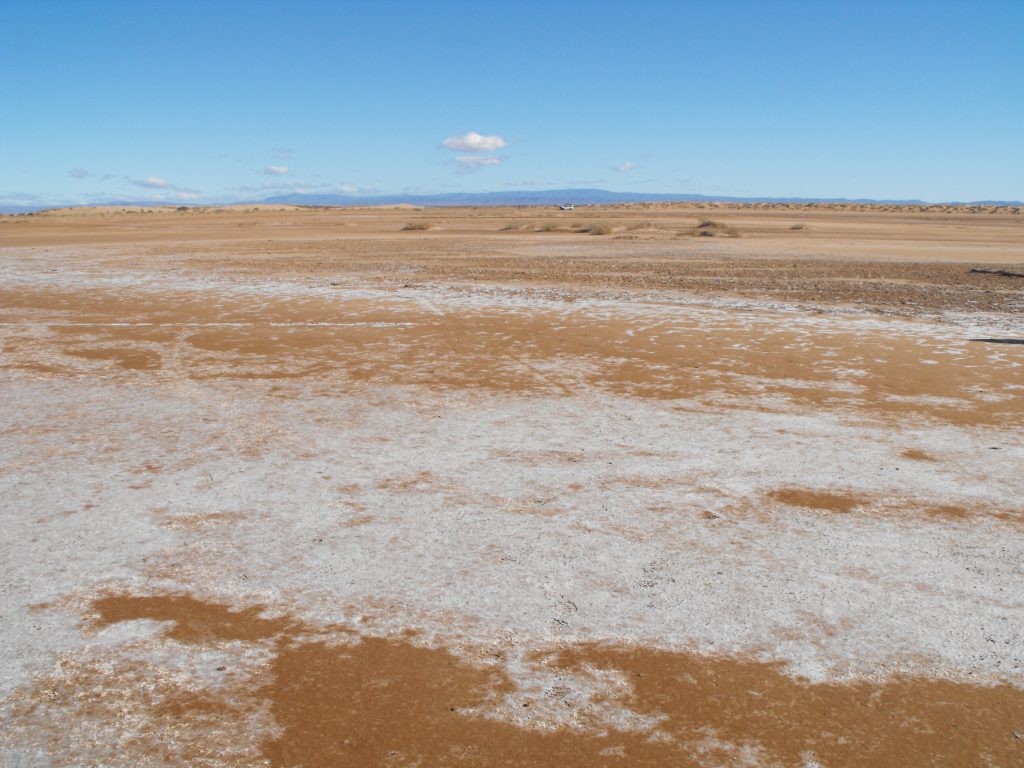