Some women might read this rant. After considering the title, some may have preconceptions about the content. Some may consider that the person least qualified to write about issues which affect women, is a man. Some may be right.

The best I can do is guess.

Men rule the world because they can, because no one has ever been able to make a successful attempt to completely change the status quo. Challengers have been effectively blocked, by men.

With respect to the whole world situation, during more than a century of formal struggle, the people of the world who are not men have barely been able to create some semblance of political, social, commercial and domestic equality with men. In some places where religious fanaticism holds sway, no equality exists, in others it’s a particularly tenuous hold and it only exists because women continue to fight.

I’m not suggesting that women are in any way at fault for failing to rule the world. History, misogyny, physiology and, to some extent, temperament, have conspired to prevent women from taking an entirely equal, or even a more dominant role, in the management of the world.

Before I’m torn limb from limb for bringing temperament into the equation, it is my considered and long held view that, temperamentally, women have, for decades, been much better suited to running the world than are their male counterparts. Their reluctance to use aggressive behaviours has been painted as a liability by the ruling men, but I see this quality as, potentially, a distinct advantage.

Caveman and Cavewoman must have had some sort of alliance aside from the mating drive. If they chose to be “a couple” there would probably have been some division of labour, some sharing of responsibility for their joint welfare. The roles would have been set by necessity.

Physical power was probably required for their survival in a hostile environment. Due to his physical makeup, Caveman was better suited to doing the animal killing and the threat management. Being more or less intelligent than Cavewoman was largely irrelevant in pursuit of this role.

The nurturing of offspring fell to Cavewoman. After all, she could most easily and efficiently provide the nourishment for any junior caveperson, and being less able to mount a physical attack or defence against a much larger attacker, meant that her role would have been essentially passive in this respect. Her part of any partnership would very likely have been the forerunner for the often maligned modern role of “homemaker”.

In an entirely primitive environment, aggression, and the mastery of the tools of violence, would have been great assets, and may have made the most aggressive and most violent caveman attractive to cavewoman, whose major need was for food, shelter and protection from physical danger. Her acquiescence to his control was possibly her “returning of favour”. Might this have constituted a sharing relationship?

This, of course, could all be total bullshit. I wasn’t there to make first-hand observations and I’m not an anthropologist or sociologist.

However, if you look at the ways in which the world works today, you may find some merit in my suggestion. Try considering this horrendously simplistic assessment of the social history of the world.

The world is populated by people. People are driven to satisfy several basic needs, survival of the species being a major goal. A further need, for a sense of bonding, means that human beings are innately gregarious. They congregate, first in families, then in communities, then in nations.

When social groups form, informal roles are created, with people generally adopting roles for which they are most suited. The physically swift and powerful become hunters, those who know and understand the qualities of fruit and vegetables as foods, become the gatherers, and when combined, these attributes contribute to the establishment and maintenance of successful family groups and, ultimately, an effective society.

Males tend to be the more physically powerful of our species and therefore naturally become the hunters. Females, due to their unique physical capabilities, tend to become those who manage family life, in order that the hunters can hunt. It’s a symbiosis that has worked for countless generations.

In a primitive society these roles worked well enough to ensure that we’re still here.

With the passing of time, however, societies have become less primitive, and the need for such strict role divisions has changed, as has the actual nature of those roles.

Unfortunately, too many men in contemporary society have failed to even realise, let alone accept, this change. Therefore, we are faced with an unnecessary and unhelpful conflict. The extent of this conflict, and its effects, can differ markedly from culture to culture.

When looking at the legitimacy of the fact that the world is still ruled by men, I suggest that there are two critical aspects, which we must consider:

At this point, I believe that I’m almost certainly diving face-first, into a very deep pile of excrement, from which I may never surface. I get the feeling that I’m about to alienate an extraordinary number of people.

I’m  going to be  accused of stereotyping, of assigning behaviours on a gender basis, and both of those accusations will be fair. I hate stereotyping, but, if I’m going to make this rant readable, I can’t think of any way of avoiding it.

I think that perhaps, I’ll be burnt in Effigy, so that’s one town I’ll be staying away from.

However, nothing ventured, nothing gained, or lost, so here we go:

There are two sexes, male and female, but it’s a mistake to consider that physical differentiation can be regarded as the extent of the differences between people. I’m not even comfortable with the male-female division which, physiologically, applies to people. I’d rather think of people just as people, and talk about human nature, but this approach would strain my limited thinking skills and make this rant even less coherent.

Therefore, let us consider the members of each of the sexes, located upon a continuum, dependent upon the degree of stereotypical maleness or femaleness that individuals indicate.

With respect to males, the group of people with whom I am the more familiar, I suggest that the continuum begins with a “behavioural standard” which we might call “Maximum Macho” and proceeds laterally until it concludes with one that we might call “Empathetic”.

It’s the types of behaviour, probably reflecting emotional predisposition (temperament), which we are judging.

Imagine a horizontal line extending from left to right across an otherwise blank page. At the left-hand end, we mentally write “Maximum Macho” and at the right-hand end, we write “Empathetic”, but it’s a serious mistake to think that there are clumps of people, clustered in groups at particular points along the line. (I don’t like the idea of grouping individuals together and expecting identical behaviour from all members of a group.)

Rather we should think of the progression of the line as a gradually blending set of “ranges”, with each having no definitive start or finish. Think of a rainbow, with one end of the line coloured red and the opposite end coloured violet, and all of the other colours merging into each other along the way.

The same principle applies to the numerically superior population of females. We label their continuum at the left-hand end with “Resisting Domination” and at the right with “Maximum Nurture”.

(Why do I feel as though I’m standing, delicately balanced, on a pool of quicksand? I hate labelling “types” of people and their behaviours because it limits options and tends to produce “black and white classifications”, and that’s not the way people are. Our range of behaviours and emotions are endless and constantly variable. There is no such thing as normal.)

Now that I’ve started, I have to keep travelling down this path. If I deal with the male continuum first, then I stand a better chance of working out how to explain my views about the females, and I might even be able to relate all of this to the historic and contemporary dominance of males in world management.

Please note that the following comments do not, in any way, relate to sexuality. Emotional behaviour, temperament, is the sole focus.

The labels are meant to be somehow indicative and not “value-biased”. I have my biases, but I’m trying very hard not to allow them to affect my thinking and my expression.

I’m specifically trying to avoid derogatory connotation, and the word “macho” may not serve that purpose very well, but I think it’s probably better than “alpha male”. Perhaps if I get on with a behavioural description I can stop feeling like I’m just digging a deeper hole.

The lists of behaviours suggested are intended to provide some examples and are not exhaustive.

For our purposes alone, “Maximum Macho” behaviours might include:

For our purposes alone, “Empathetic” behaviours could include:

Between the two “extremes”, there are literally millions of combinations of behaviours, which are used by millions of different “types” of males.

Again, for our purposes alone, “Maximum Nurture” behaviours include:

For our purposes alone, “Resisting Domination” behaviours include:

Between the two “extremes”, there are literally millions of combinations of behaviours, which are used by millions of different “types” of females.

In the primitive world, where dangers were constant, the physical and temperamental suitability of the male meant that he would tend to take on the role of protector and provider. “Survival of the fittest”, in this instance, meant that the most suitable males, and their families, were most likely to survive and to hand down those genes which best promoted the survival of ensuing generations.

It followed that males would then, due to the skill sets gained through experience, become leaders of families, communities and, eventually, societies. This leadership was gained primarily, but not necessarily exclusively, through the type of physical and emotional dominance which promoted survival and development.

Leadership was not always granted to those most emotionally suited to the task. 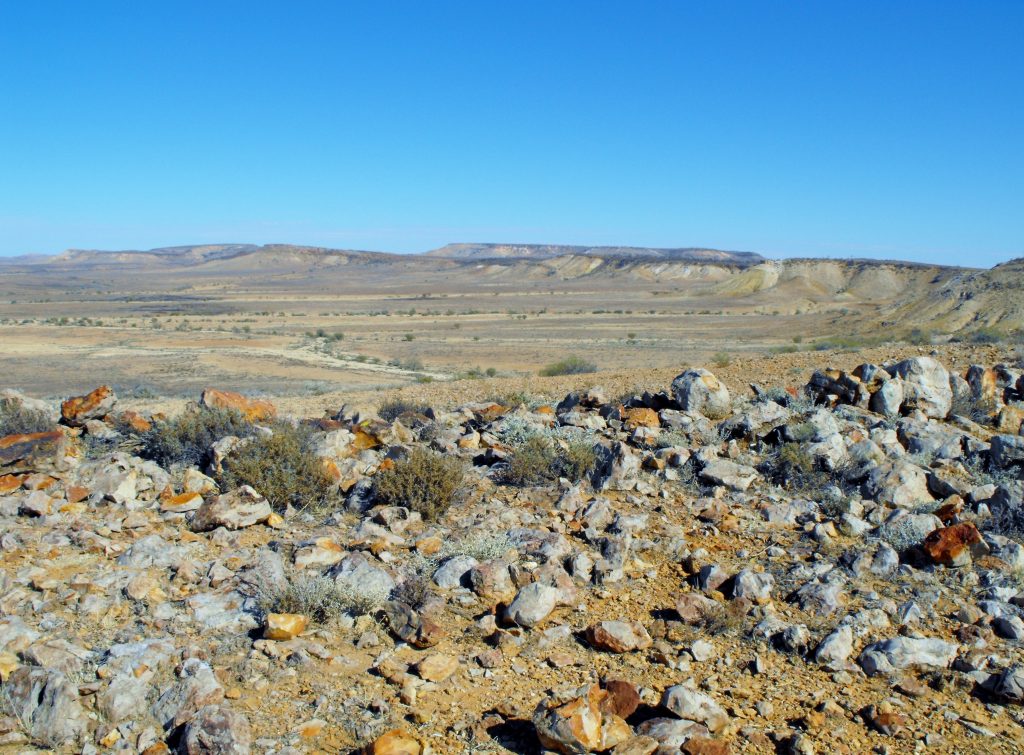 The Jump-ups, north of Tibooburra, NSW