A couple of pelicans. The Coorong, South Australia.

Addiction is an effect before it is a cause.

Eliminating sunburn and its concomitant deadly outcomes might be achievable.

If the entire population of the world stayed inside during the hours of sunlight and only came out during the dark, the problem could be solved.

No, you’re right. It probably wouldn’t work. It might be difficult to get everybody in the world to stay inside during the day.

This line of thinking, though, shows that we can at least identify the cause of sunburn and its associated diseases. It’s over-exposure to the sun’s rays.

If we can identify the cause of a problem, then we are one step closer to a solution. We can apply the same type of thinking to the insidious problem of substance abuse.

If we were able to identify the cause of substance abuse, we might be able to, at least, reduce the problem and its destructive outcomes.

A sociologist would have the tools at his or her disposal to make a scientific study of this problem, gathering empirical data and proposing theories. I’m not a sociologist, so I’ll have to rely on guesswork.

I’d say that there are a number of differing reasons why people choose to abuse substances. I’m talking about alcohol and drugs here.

In my life I’ve met many people and relatively few of them have been drunks or junkies. So why have they chosen the sober path? Surely given that their differences would be myriad, they must all have something in common.

I’ve thought about it, and the only common factor I can find, is that most of the people I’ve met have felt no need to abuse substances. Now, why is it that some feel the need to drink to excess, or to use “state-altering” drugs, or do both, whilst others do not. I suggest that the answer lies in the fact that those who feel no need to alter their particular state of being, must be reasonably happy with it.

If we can find out why these people are unhappy, and do something to change the situation, we might be able to reduce the damage done to our social structure by substance abuse.

Please do not feel that I’m trying to insult your intelligence with this extraordinarily simplistic rationale. What I’m hoping, is that someone in a position of power, possibly even a politician, will understand the message and be inspired to action to address the problem. There I go again, urinating into the teeth of a howling gale!

I’m not letting up here, though. I’m going to further suggest that one of the main causes of dissatisfaction with life’s circumstances, is a lack of satisfaction with oneself. Low self-esteem, poor self-image, call it what you will, is probably the single greatest cause of misery, because when a person reaches a state of “lowliness”, s/he may then lack the wherewithal, the resilience, to do anything positive about it.

Here we have perhaps the most destructive “vicious circle” to affect the geometry of our lives. Low self-esteem leads to poor behaviour choices, which lead to lower self-esteem, which leads to further poor choices – you get the picture.

Here’s an earth-shattering proposition which most of the people in power, mainly politicians, have yet to understand.

If we can solve the problem of low self-esteem in people, we might be able to encourage them to make positive behaviour choices – like refusing to abuse substances.

I know that this may be a mind-blowing revelation to the people in power, mainly politicians, but I would ask that you hold your applause, lest the acclamation go to my already enlarged head.

Geez, Louise, if Blind Freddy were the Federal Minister for Health, even s/he would be able to recognise the fact that treating the outcomes of substance abuse is like trying to staunch  the deluge of bleeding caused by an amputated limb, using a single Band-Aid.

I’ve even got some suggestions as to what might cause low self-esteem and shithouse self-image.

Initially, the picture that we have of ourselves as individuals, is painted by our parents. Whilst some parents are true artists, others can’t even hold the brush, let alone mix the colours.

So, again, I’m going to suggest that we need to go about trying this potential solution in what some may construe as an arse-about-face manner. Rather than start with the addicts, we start with parents and potential parents, using a two-pronged attack.

The first prong – introduce a course of study which could conceivably begin in kindergarten and run through to Year 12, which enables students to identify the behaviours which characterise sound parenting. These would be things like feeding, clothing and cuddling, as opposed to giving the kid a microwave meal or a supersize packet of chips and leaving him home alone while mum and dad go down to the pub to engage in a right royal piss-up.

Students might not only be able to identify appropriate parenting behaviours, they might learn enough to be able to use them themselves, when the need arises.

When taught in tandem with intensive, and graphic, drug and alcohol awareness programmes, these courses would probably constitute a reasonable start in dealing with the problem of substance abuse. Combine them with a study of the whys and wherefores of risk-taking behaviours, and their consequences, and we might begin to have an impact upon all but the most under-developed adolescent minds.

The second prong – would be much harder to use and might result in charges of human rights abuse. (Yes, crap parents have the right to be crap parents and they can justifiably claim that it’s not their fault because no one ever taught them how to be good parents.)

We have to acknowledge that there are going to be parents who are already beyond help, and that it would be a shameful waste of resources to even consider involving them in an improvement programme. I’m talking about the ones who are dedicated substance abusers themselves, and whose kids are already a long way down the same track. The only hope for kids in this situation is an effective school-based programme and strong intervention by DoCS, also known as the Paper Tiger Department.

So, we offer free training courses to young people who might recognise their need to learn the fundamentals of parenting. The scope of such a course could be as wide as the Pacific Ocean, but it should include, at least, the basic principles of establishing a positive self-image in children, preparing a management programme for directing a child’s behaviour that doesn’t include violence and torture, and some understanding of the moral and legal responsibilities attached to becoming a parent.

Oh, we also schedule these courses at times and in places so that people can attend, providing child-care where necessary. (Do I hear you say “you need big money for that”? You’re right again, but the money which is currently wasted on failing rehabilitation programmes, not to mention incarceration, might eventually foot the bill.)

I’d even go so far as to suggest that public funds could be used to compensate employers whose staff members elect to attend an approved parenting course during working hours. How radical is that?!

Where “already crap” parents are concerned, courses could be mandated as a condition of retaining access to their children, or, as would be more significant and encouraging to some, accessing Centrelink payments. The same might apply to parents of young people who are waiting to be released from juvenile detention centres, where, of course, they too will have been exposed to the positive parenting course as part of their in-house education programme.

I suggest getting the alleged parents or caregivers sorted first, because there’s little point in putting a young person on the road to “abuse avoidance’ and then returning them to an environment where their positive learning is not supported.

What about the addicts? We could ignore them and hope that they will go away, which might happen, as they die from unnatural causes, or we could try a number of proactive measures. (I’m focussing initially upon drug abusers, since alcohol abuse is not illegal and therefore legal intervention is not yet applicable.)

Make the penalties for importing, manufacturing and dealing in any emerging “black market” extremely harsh – for example, I’m talking twenty years gaol for anyone convicted of importing drugs or of working in an illegal drugs lab, scaled down to ten years for anyone convicted of being in possession of a trafficable quantity of any type of illicit drug.

Ensure that gaol conditions for those convicted are initially set at the minimum possible to ensure human rights aren’t violated, and that inmates can only gain improvements in those conditions by undertaking educational and vocational training courses and through choosing to use “good behaviour”.

How does that help the addicts? It doesn’t. It makes life unbearable as street supplies dry up.

Addicts, whether they be drug or alcohol dependant, also need to be proactive in dealing with their addictions. A combined educational-medical intervention might have some success, but there might also be a place for relatives of these people to seek support for those afflicted.

If a person chooses to acknowledge an addiction to drugs or alcohol, s/he may join a free programme which attempts to teach addiction control. A model such as this could be effective:

If a family member is sufficiently concerned about substance abuse by another member of their family, s/he might, without the addict’s knowledge or approval, refer the addict to an abuse management team. Team members might then approach the prospective client in order to offer service.

It might be suggested that, should the addict refuse accept an offer of treatment, the referring family member, with the support of the abuse management team, would have the option of applying for legal intervention in order to try to force the addict to engage in a support programme. This would be a similar process to that in which people are declared legally incompetent to safely manage their own lives and are placed under the guardianship of a family member.

I have strong reservations about the effectiveness of such a process when dealing with substance abuse, since, unlike mental illness, in which a patient may be unable to contribute to her or his recovery, escape from substance abuse would seem to demand a volition on the part of the client. I doubt that anyone could be forced to abstain from drug or alcohol use. 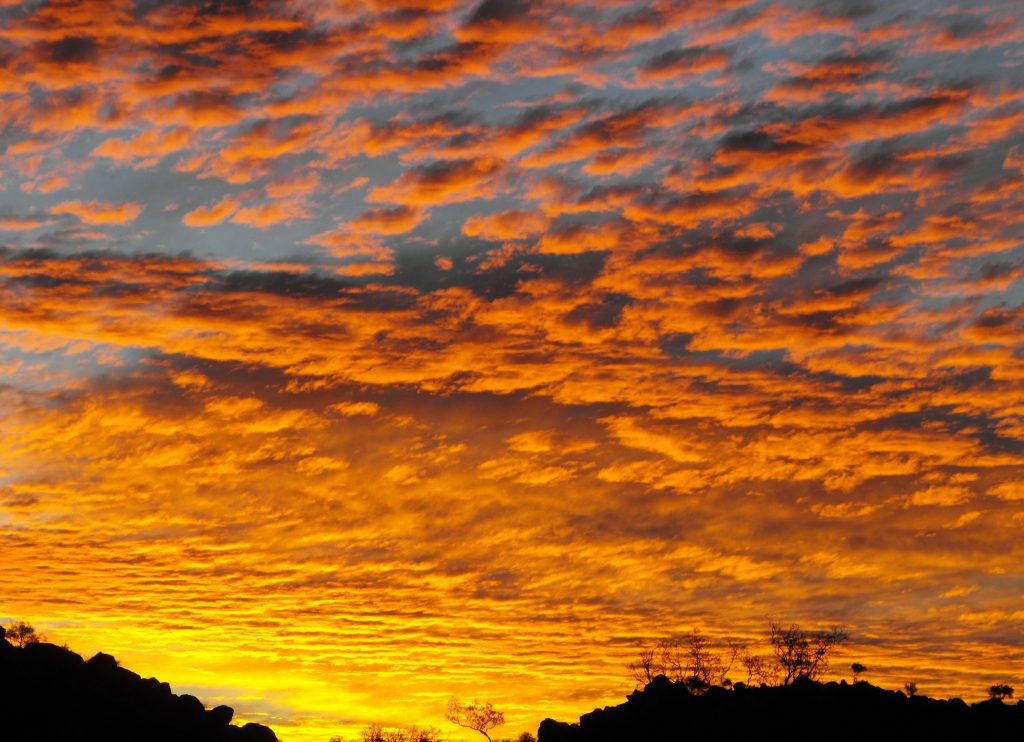